When the weather starts to get colder and the holidays get closer, we start to seek out foods with a bit of spice. While a bit of spicy heat can be nice during the winter, many of us tend to gravitate toward warm spices like cinnamon or ginger. But one iconic Christmas treat combines these spices with a bit of sweetness for a one-of-a-kind cookie — the gingerbread man.

Gingerbread is primarily made up of two components — a warming spice mixture and a sweetener. Traditionally, this spice mixture is a combination of ginger, cinnamon, cloves, and nutmeg. The sweeteners are often sugar, honey, or traditionally, molasses. In fact, the best gingerbread recipes utilize a combination molasses and brown sugar, creating a crispy outside and fluffy inside.

You’ll want equal parts ginger and cinnamon and about half the amount of cloves and nutmeg as cinnamon and ginger.

The cookies can come in many shapes and forms. Depending on what you’ll be using the gingerbread for, you’ll bake it differently. Some make it as almost a spongy cake, baking it in a pan. Others roll it thinly and cut the dough into little men. You could even cut your dough to make walls for a gingerbread house. How you shape your gingerbread can change the cook time, with thinner cookies taking less time than a gingerbread loaf. More importantly, it’ll change some of the ingredients, with cookies calling for a drier dough and the loaf requiring more water to make a batter. It helps to decide which type you’ll be making before you start making it.

Tips for the Baking

The ingredients of the dough are only a portion of what goes in to making a really good gingerbread cookie, though. How you make the dough and bake it is also critical. Some people even split the whole process into three steps over two or three days. The first step after forming the dough is to let it cool and rest in the fridge for at least two hours. Not only does this give the dough time to meld flavors of the spices and settle, but it will also help you roll the dough thinner and not stick to the rolling pin. You can even allow it to rest in the fridge overnight.

Don’t bake your gingerbread at higher than 350°F or 325°F if you’re making cookies.

Now that you have the basics, are you ready to make your own gingerbread men? 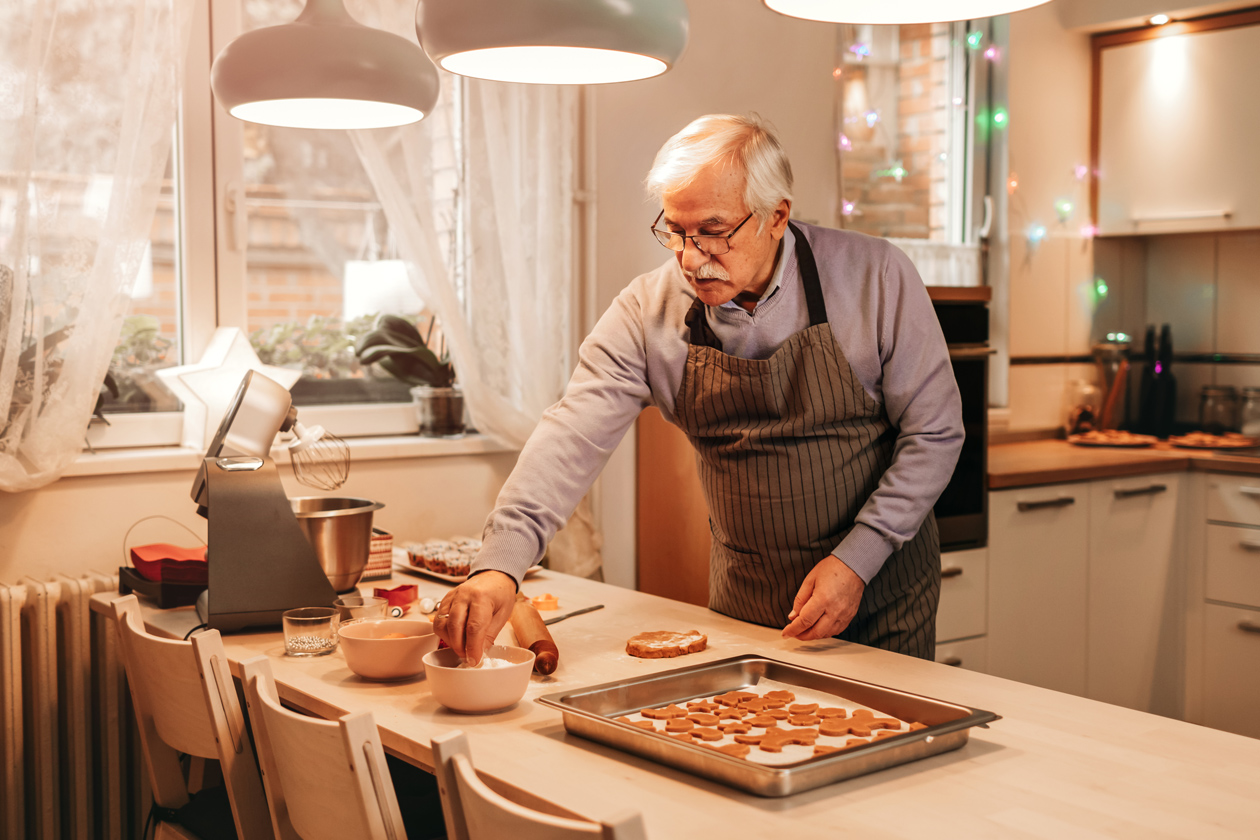