Mardi Gras has become synonymous with the city of New Orleans as a day of parades, eating too much, and merriment in the Big Easy. The festival of Mardi Gras — Fat Tuesday in French — certainly lives up to its name. As a Catholic celebration, known as Carnival or Carnaval in other countries, Mardi Gras falls on Shrove Tuesday, or the day before Ash Wednesday and the start of Lent. Due to the fasting of Lent, Mardi Gras is seen as a day of excess — your last chance to enjoy all the fatty foods and indulgences you love.

While Mardi Gras is celebrated around the world, its spiritual home is New Orleans. With that in mind, we’re focusing on the delicious, brightly flavored cuisine of the Big Easy, centered around Creole spices and fried food.

Seafood is central to many quintessential dishes in Creole and Cajun cooking. Seafood gumbo and shrimp and grits are classic Southern or Cajun meals, but we’re going to focus on a simple, but delicious recipe. A grill or foil packet is essentially packing several ingredients into tin foil, wrapping it up, and placing it on the grill or a heat source. Generally, this will be a protein and some vegetables, but feel free to mix it up.

The benefit of foil packet cooking limits cleanup, since all the ingredients are inside the foil. All you need to do is add the ingredients to the packet, season, and throw it on the grill! If it’s still too cold outside to grill, you can bake them in the oven. Be sure to put them on a baking sheet, in case there’s any drippings from the packets. 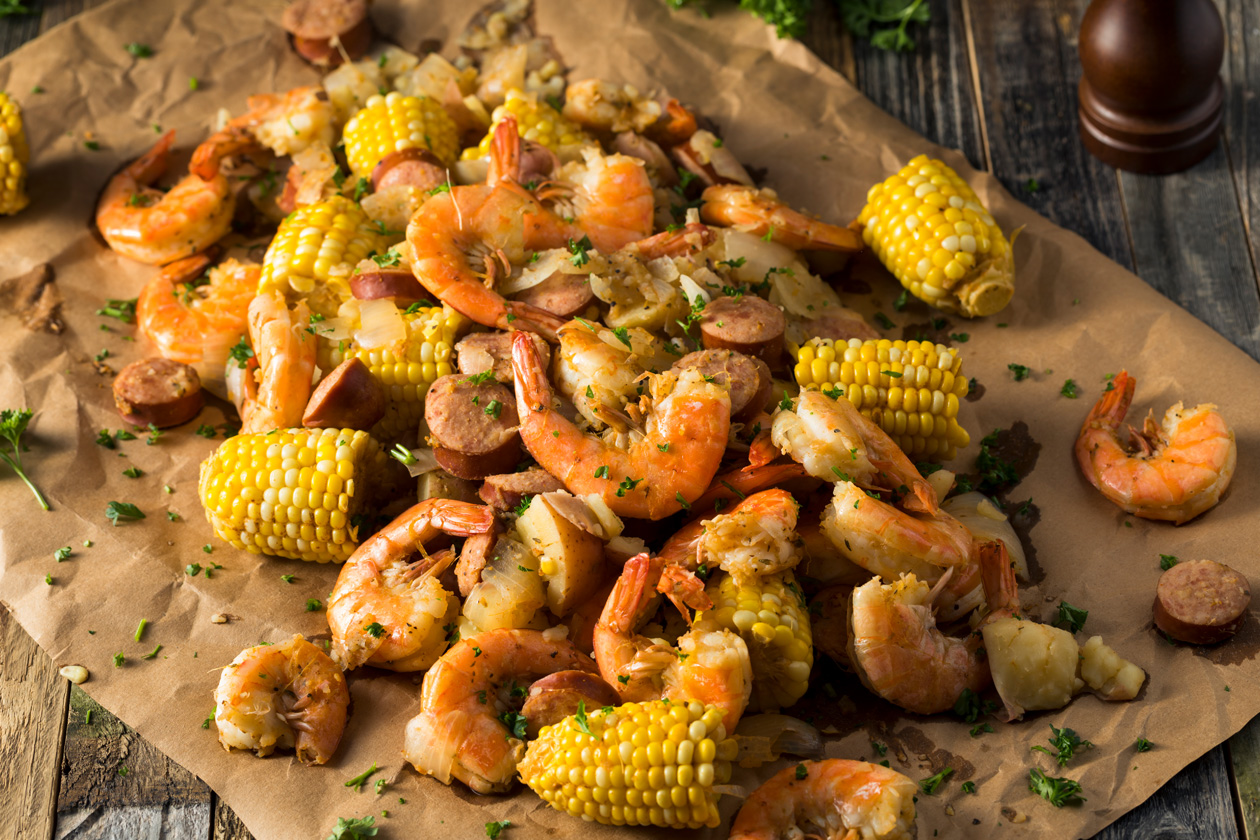 Once you’ve enjoyed the main course, it’s time for dessert. There’s no dessert more connected with Mardi Gras and New Orleans than beignets. According to the famous New Orleans institution Café Du Monde, beignets were brought to Louisiana by the Acadians, who later became the Cajuns. Like classic fritters (beignet is French for fritter or donut), beignets are squares of dough that are fried and immediately covered in powdered sugar and served hot. If you have a sweet tooth, you’ll think you’ve died and gone to heaven. Café Du Monde traditionally serves them in threes, meaning you should probably take a walk afterward, or risk busting your diet completely!

If you’re looking to enjoy a beignet, while keeping the calorie count and your blood sugar down, we’ve got a few options for you. First, you can try baking the fritters, which will cut back on calories and fat from the frying oil. Another simple way to reduce the sugar intake is by skipping the powdered sugar bath that is traditional for beignets. If you still want some extra sweetness, try an untraditional, but healthier option. Spreading a bit of honey on your fritters can replace the powdered sugar in a healthy way.

Beignets aren’t the only dessert tied to Mardi Gras or Fat Tuesday. Another classic dessert is the Mardi Gras king cake, which is bright and sweet and easy to make. A third famous Fat Tuesday treat similar to beignets is the Pennsylvania Dutch Fastnacht. The big difference between these powdered sugar-covered donuts is the potato dough, which gives a rich depth of flavor.