For many people around the table at Thanksgiving time, cranberry sauce is an essential ingredient to a complete plate. Whether you’re using it straight from the can (and still shaped like it) or Aunt Marge’s fifty-year old recipe, the brightly red or purple condiment is a mainstay at this time of year. Unfortunately, many examples of cranberry sauce people will see on their plates this year will be pretty unhealthy, only worsening the holiday dinner weight gain. But, we can improve this important Thanksgiving classic so that you can leave the dinner table satisfied, without adding extra pounds!

Why Do We Eat Cranberry Sauce at Thanksgiving?

You may be wondering why cranberry sauce is served so commonly alongside other Thanksgiving classics. The reasoning behind this may have to do with flavor balance. Most people pile on turkey, mashed potatoes, corn, and gravy. All of these are buttery, rich, salty ingredients, leaving a plate a little one-note. The tart flavor of cranberries can balance this taste out and add a great deal of brightness to an otherwise flat or salty dinner.

What’s Not Healthy About It?

If we’ve been enjoying cranberry sauce for that long, what could possibly be bad about it? Well, as with many of the unhealthier dishes that we’ve discussed, it comes down to the sugar in it. Unfortunately, modern cranberry sauce is loaded with sugar to counteract the natural tartness of cranberries. How much? A single serving of canned cranberry sauce has as much as 24 grams of sugar. That’s the nearly the total daily recommendation of sugar for women and over half that for men. So, while cranberries themselves may have health benefits, the sugar can negate them.

How Can We Make a Healthier Cranberry Sauce?

If you like cranberry sauce but want to avoid the heap of sugar in many commercial sauces and popular recipes, don’t despair. All you have to do is cut back on the sugar in your recipe!

Now, you could literally cut all the sugar out of the recipe and just put cranberries in water and boil them until they burst, but that would probably be too tart for even the most cran-crazy people out there. Instead, you can use less sugar and better sources of sweetness, like those mentioned in our article on healthier hot chocolate. For example, you can use honey, which is naturally sweeter than white sugar, or natural maple syrup.

You could cut out all sugar and boil cranberries in water until they burst, but that would probably be too tart for even the most cran-crazy people out there!

In the recipe we’re sharing below, we’ll use raw sugar for additional sweetening if it’s needed because the additional minerals and nutrients haven’t been processed out. This gives it a stronger flavor that white sugar doesn’t have. We’ll also be introducing a little orange juice and zest, which pairs well with cranberries and adds a little natural sweetness. Finally, we’ll be mixing in cinnamon and nutmeg to add a complex spice mixture that helps mask some of the tartness that could otherwise overpower the dish. 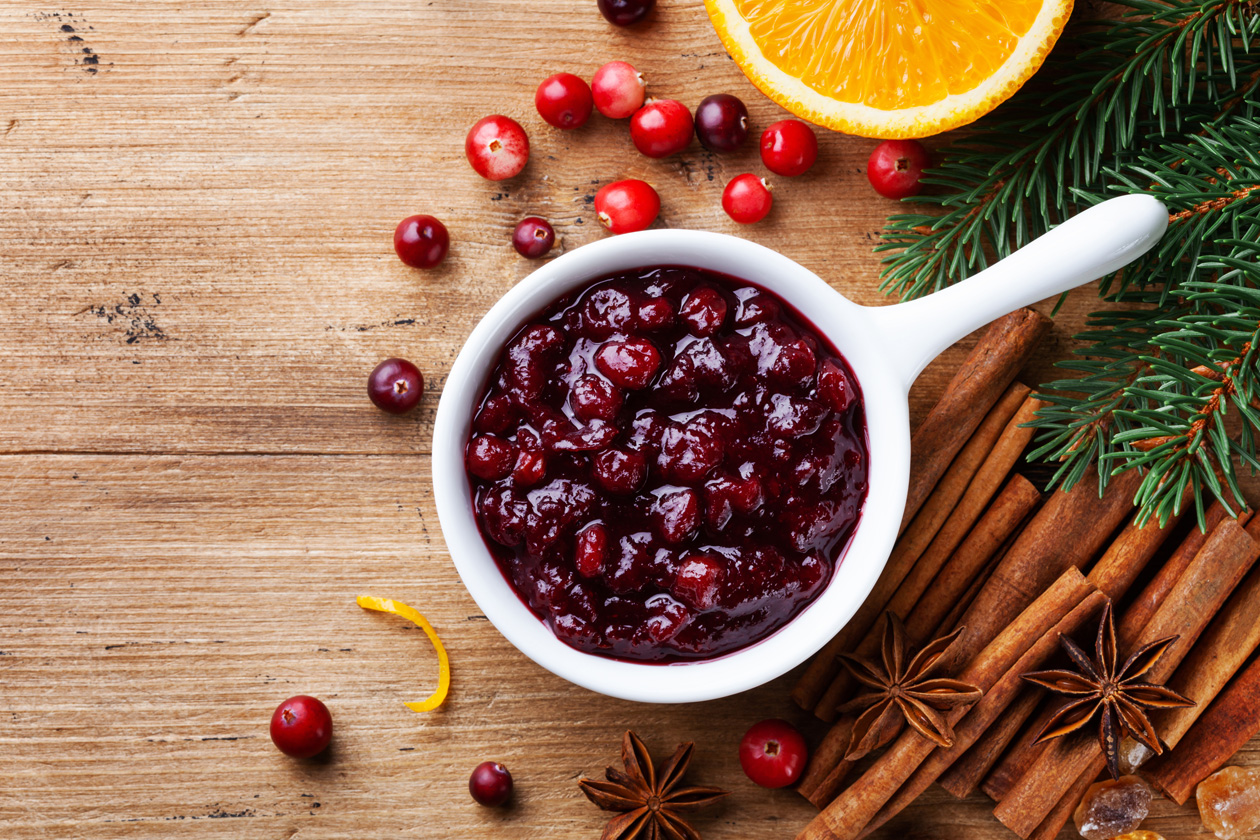 Seasonal Picks: 3 Foods You Should Try This Winter

Show-Stopping Potato Side Dishes for Thanksgiving