Last night was the first night of Hanukkah, the Jewish festival of lights, and a time of fun and family for millions of people around the world. Each year, on the night of Kislev 25, families gather to light the first candle on the menorah and commemorate the miracle of the Holy Temple in Jerusalem. Though not technically the most important religious holiday of the year, Hanukkah has become a celebration of Jewish heritage. If you want to learn more about the story behind Hanukkah or ways you can celebrate, check out our article Popular Ways for Seniors to Celebrate Hanukkah.

Like any holiday, food is an important facet to celebrating Hanukkah properly. Today, we’re looking at two dishes that are pure Hanukkah bliss.

There are few other foods as connected to Hanukkah as the humble latke. These delicious, but simple, potato pancakes are the quintessential Hanukkah dish. Latke is so easy to make because it’s truly three or four ingredients: shredded potatoes, egg, onion, and, sometimes, matzah meal. And that’s it. This simplicity also lends itself well to improvisation. While a traditional latke is made with a standard potato, it’s not uncommon to see sweet potatoes used. You can even get extra creative with latkes made from cabbage or squash. 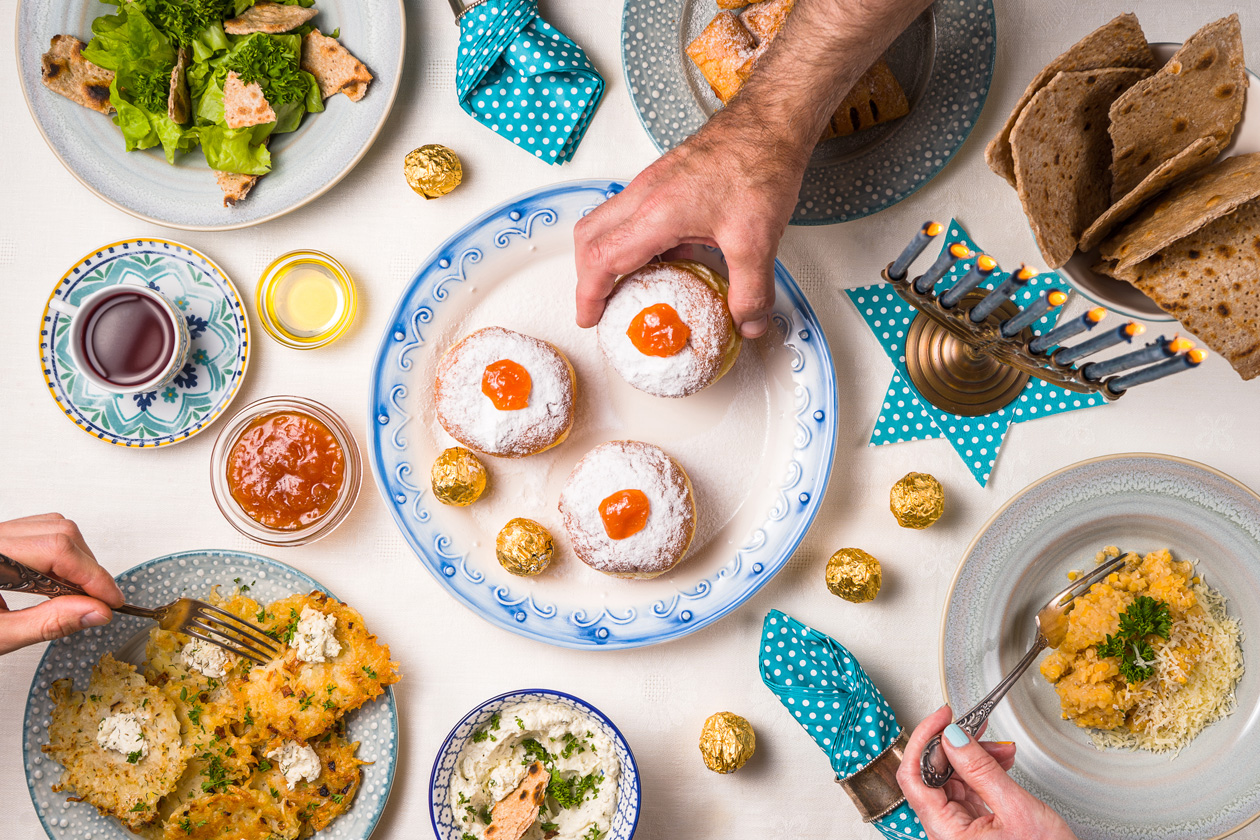 After snacking on some latkes, it’s time for something sweet. If this sounds like you, look no further than the sufganiyot, a traditional Hanukkah jelly donut popular in Israel. Originally a Austro-Hungarian recipe, this fried delight was adopted by Israel since they’re fried, a reference to the lighting oil that burned in the temple for eight days. Another popular Jewish folktale is that the name sufganiyot derives from the Hebrew for “end of the Garden of the Lord.” The story is that when Adam and Eve were thrown out of the Garden of Eden, Yahweh gave them sufganiyot to cheer them up. If this donut is good enough to make up for being thrown out of paradise, they must be pretty good.

Head over to the Spruce Eats to learn how to make these festive jelly donuts!

My Jewish Learning — Recipes for Hanukkah

The Difference of Cooking with Fresh and Dry Herbs

Using Cumin in Your Cooking