Whether you’re using them as decorations or a sugary treat, candy canes are deeply connected to Christmas. They’re usually peppermint flavored and store-bought in massive quantities, but what if you could make them for yourself? This could allow you to make them whatever flavor you want or to do it as a craft with the family. For the most part, the recipe is pretty easy to follow and lends itself well to working in a group. With that in mind, what’s to stop you from making your own homemade candy canes this year?

Why are There Candy Canes?

If you look back to the origins of candy canes, you likely won’t recognize them, except for their shapes. The original candy canes weren’t peppermint flavored or red and white. Instead, they were sugar canes that were entirely white, since the dye would have been incredibly expensive. That said, the folklore surrounding the invention of candy canes may have some truth in it, though it’s impossible to say for sure at this point. In 1670, the choirmaster of the Cologne Cathedral in Germany was looking for a way to keep choir children quiet during the annual live nativity. In order to bribe the children, he looked to give them pulled candy sticks. To pacify the parents who may object to giving children candy in church, he bent the cane into a hook, explaining that it symbolized the shepherd’s crook while the white color symbolized the purity of Jesus. Since these treats were handed out to children during the live nativities, the connection to Christmas stuck.

Modern candy canes owe a lot to Father Gregory Keller, inventor of the Keller Machine (which helped mass produce the candies and made them the Christmas icons they are today).

Regardless of their origins, the canes would eventually make their way to the United States like many Christmas traditions. German-Swedish immigrant August Imgard is often credited with the first documented use of candy canes in the United States as decorations for a Christmas tree, though an article from 1938 has his family remembering a type of cake decorating the tree instead of the canes. The one modern story about candy canes we are sure about is how they came to be mass produced. In the early 1900s, Bobs Candies, owned by Bob McCormack of Albany, Georgia, was the largest producer of candy canes in the world, but there was a problem. At least 20 percent of their candy canes were breaking in the production, so a better method was needed. McCormack turned to his brother-in-law Father Gregory Keller, a Catholic priest, who invented a machine that helped make the candy canes without them breaking. It would become known as the Keller Machine and could create anywhere from a few thousand to a few million candy canes per day. With that invention, candy canes took the next step in their climb to Christmas icon status.

You may not have a Keller Machine at home, but it’s not difficult to make your own candy canes. First, there are a few things you’ll need outside of the actual ingredients. It’s quite important to have a culinary thermometer, specifically a candy thermometer, to ensure the candy mixture reaches the right temperature (between 270°F and 305°F) when you’re forming the base dough that makes the candy canes. The other important piece of equipment are heat-resistant gloves. At a few points in the process, you’ll be handling fairly warm candy dough, so it’s smart to protect your hands.

There are two ways to add white color to your candy canes: white dye or sugar pulling. If you want to learn a neat new technique, we suggest sugar pulling!

The other technique you may need for this is called sugar pulling. This technique is used to shape sugar and add a shininess that we know from many hard candies. While you can get away with simply adding dye and forming sugar logs, like we do below, sugar folding is the traditional way of shaping sugar and candy canes. If you want to pick up a neat new culinary skill, we suggest you try sugar pulling. The basics have you pour your sugar mixture onto a silicone baking mat, allow it to cool a bit, then work the sugar mixture into rolls. You’ll then begin folding the sugar roll in half, twisting and rolling it gently, and stretching it out before repeating the process. If you haven’t added a dye to the sugar mixture, as you pull it, it’ll turn white, which is how you can make the white part of candy canes without adding dye. While you can try your hand at sugar pulling from these descriptions, it’s definitely worth watching a video or two to see how it’s done. 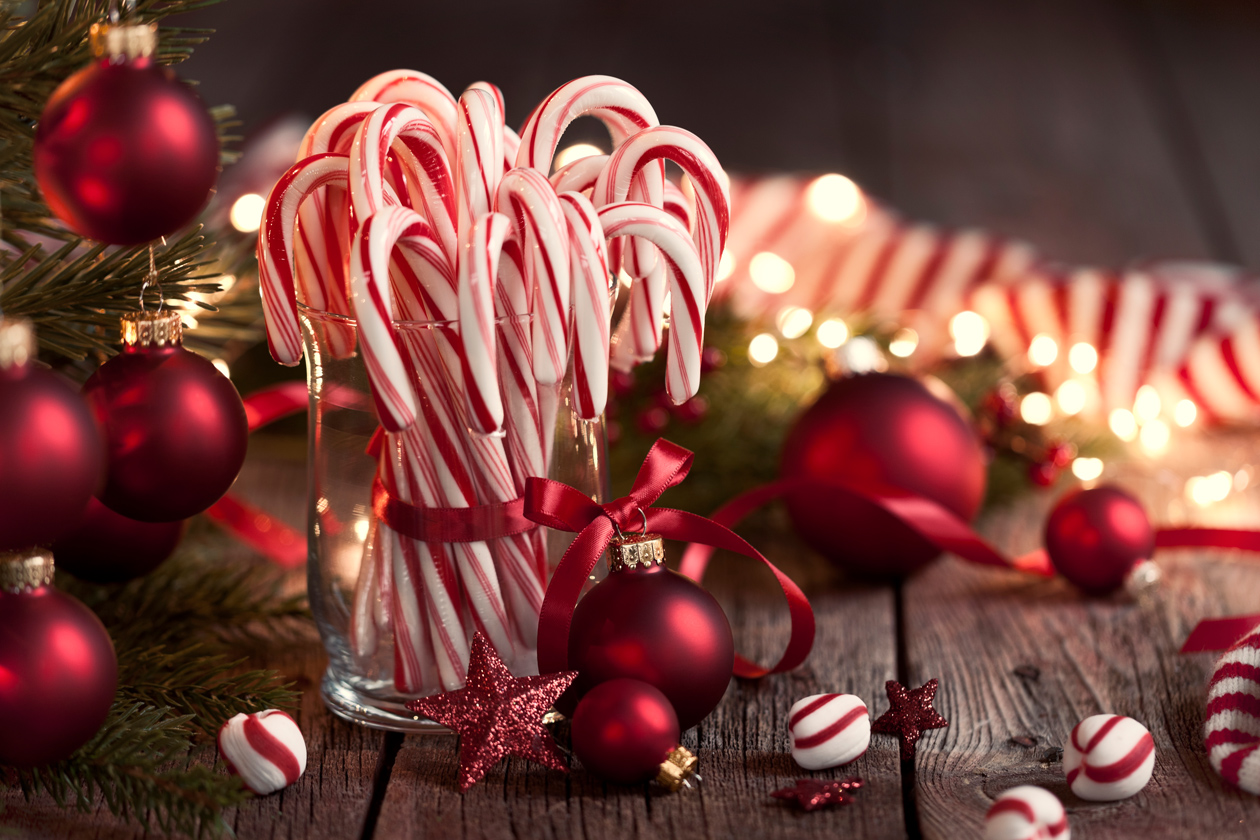