How Video Games Can Be Healthy for Seniors

July 23, 2019
Many believe that gaming is a pastime for children, but a surprising number of older adults also play video games regularly. In fact, video games can be healthy for seniors!

Should seniors play video games? After looking at the evidence, the answer may surprise you.

Video games are often considered a pastime only for the young, something for teens and the immature. This belief is so pervasive that even the marketing of the video game industry has ignored a largely untapped market — seniors. However, there’s reason to believe that, not only are seniors getting into gaming, video games are very healthy for them. This may clash with the common conception of pasty gamers sitting alone in a darkened room, illuminated only by the television screen as they inhale chips and soda, but it’s true. Video games can be good for the body and the mind, while protecting the brain from aging!

If there’s one benefit to video games, it’s that they’re fun and provide stress relief. Gaming offers an escape, as well as a way to cope with negative emotions. Specifically, seniors who play video games also report higher rates of emotional well-being, compared to seniors who don’t. Contrary to popular beliefs, there may not be any substantial link between violent video games and violence. Even though some studies found a small uptick in signs of aggression, there’s no consensus on the real-world practicalities or causation in these findings. At the same time, there is a significant amount of data that draws a link between video games and stress relief, for a variety of different reasons. While certain types of video games may cause a temporary spike in stress hormones, these types of stressors differed and may have actually related to some of the positive cognitive effects, which we’ll discuss later.

Videos games can help seniors stress less, by providing them with a sense of community. One study noted that gaming is a surprisingly social pastime; three in five people surveyed stated they played specifically to join friends. Others back this up, with gaming being a great way to meet like-minded people and directly play with or against other seniors. With the dangers of senior isolation so prevalent in society, any sort of connection and community goes a long way toward mitigating these risks.

Can Be a Workout

With the advent of virtual reality (VR) gaming and motion controls, your video games can become something of a light workout. When the Nintendo Wii launched in 2006, it was an overnight sensation around the country, in part due to its popularity with non-traditional gamers like seniors. The platform is easy to take up with fun games that everyone can enjoy.

The system usually comes with the game Wii Sports, which includes bowling, tennis, golf, and boxing. This popularity caused other gaming companies, like Sony and Microsoft, to release their own motion-control capabilities. They would all expand into their own games to include more casual games, as well as fitness-oriented games. This only grew to further complexity as VR gaming entered the mix, expanding the motion-control games even further.

You’re staying active even if you’re not fit enough to play an actual round of tennis or golf.

How do motion-control games offer a work out? Well, it’s in the name. You control them with motion. So, if you’re playing a tennis game, you have to swing your arms like you’re actually playing tennis. The upside for seniors is that even though you’re going through the motions, you won’t be running back and forth. That’s all handled by the game. You’re staying active even if you’re not fit enough to play an actual round of tennis or golf. It’s also a way seniors can improve their balance, which can prevent falls.

Keeps Your Brain Active and Fit

We’ve said it before, but our brains work on a bit of a “use-it-or-lose-it” basis. You have to keep mentally active to stay sharp. Studies are showing that video games are an incredible way for seniors to stay mentally active and engaged, no matter their age. Video games have long been understood to have cognitive benefits for players. To get a bit more specific, video games like Super Mario 64 (a 3D platform game) can improve cognitive functions in older adults and even increase grey matter in your brain. The same study that showed this even posited that gaming may prevent mild cognitive impairment, common with aging and even Alzheimer’s disease.

Video games like Super Mario 64 can improve cognitive functions in older adults and even increase grey matter in your brain.

While traditional video game marketing and demographics may skew a younger audience, a surprising amount of people outside that demographic play video games as well. Don’t forget, computer solitaire and Angry Birds count as video games, so even you may be an avid gamer and not know it! As long as gaming does not become an addiction, you have plenty of reasons to pick up that controller and have some fun! 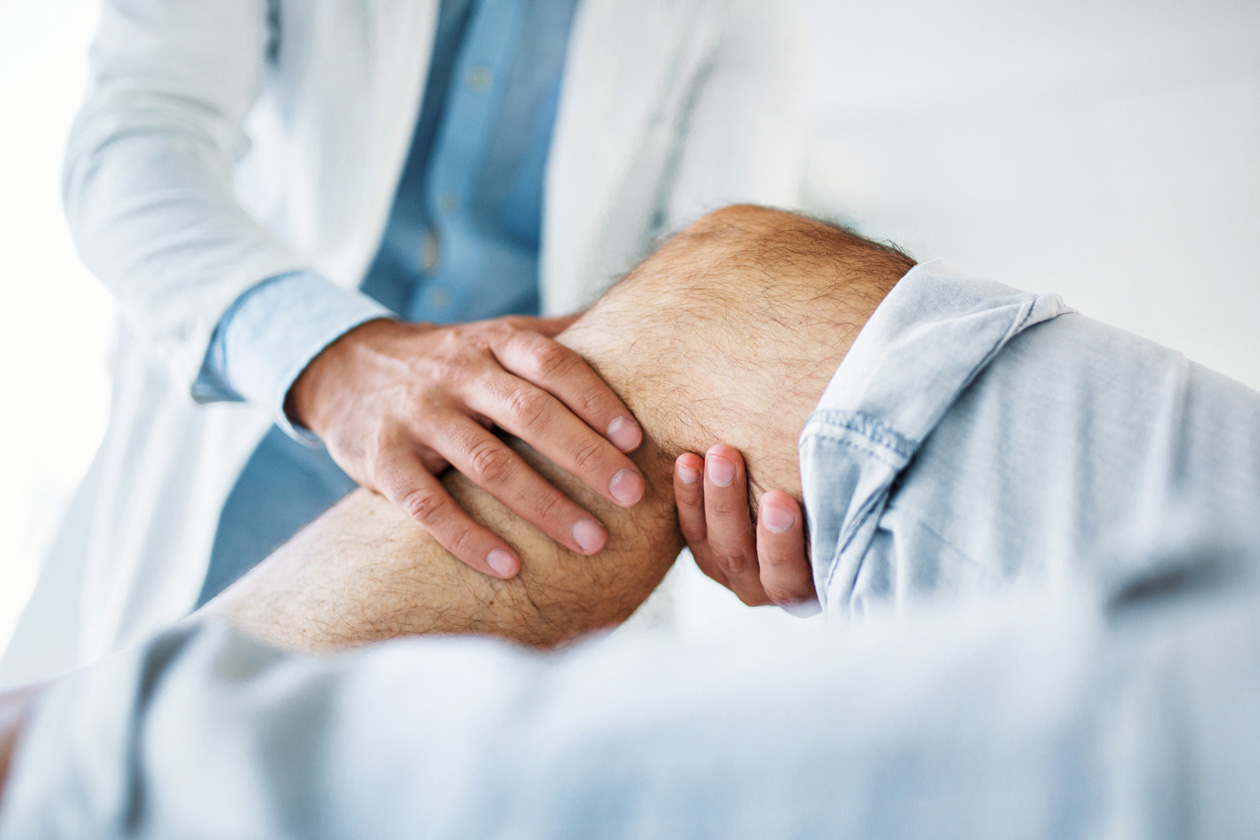 The Importance of Timing for a Knee Replacement Surgery 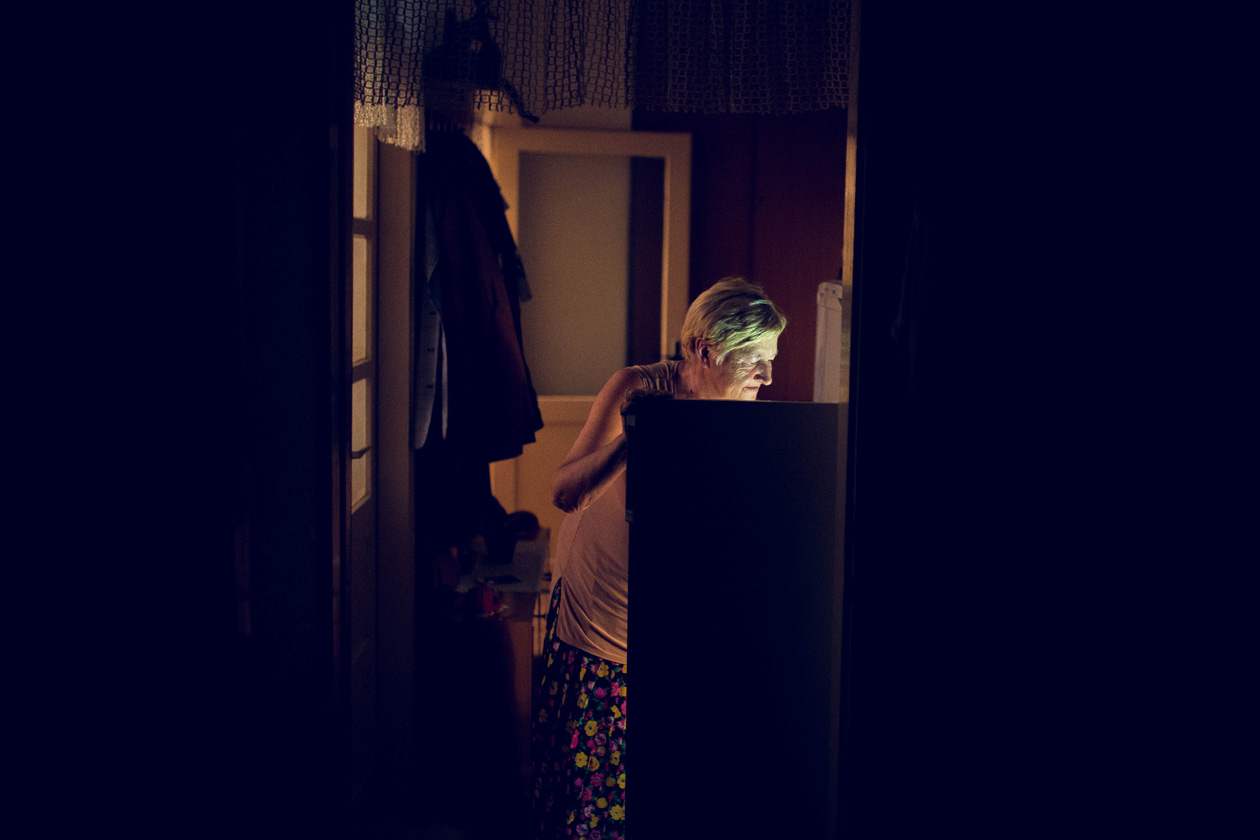 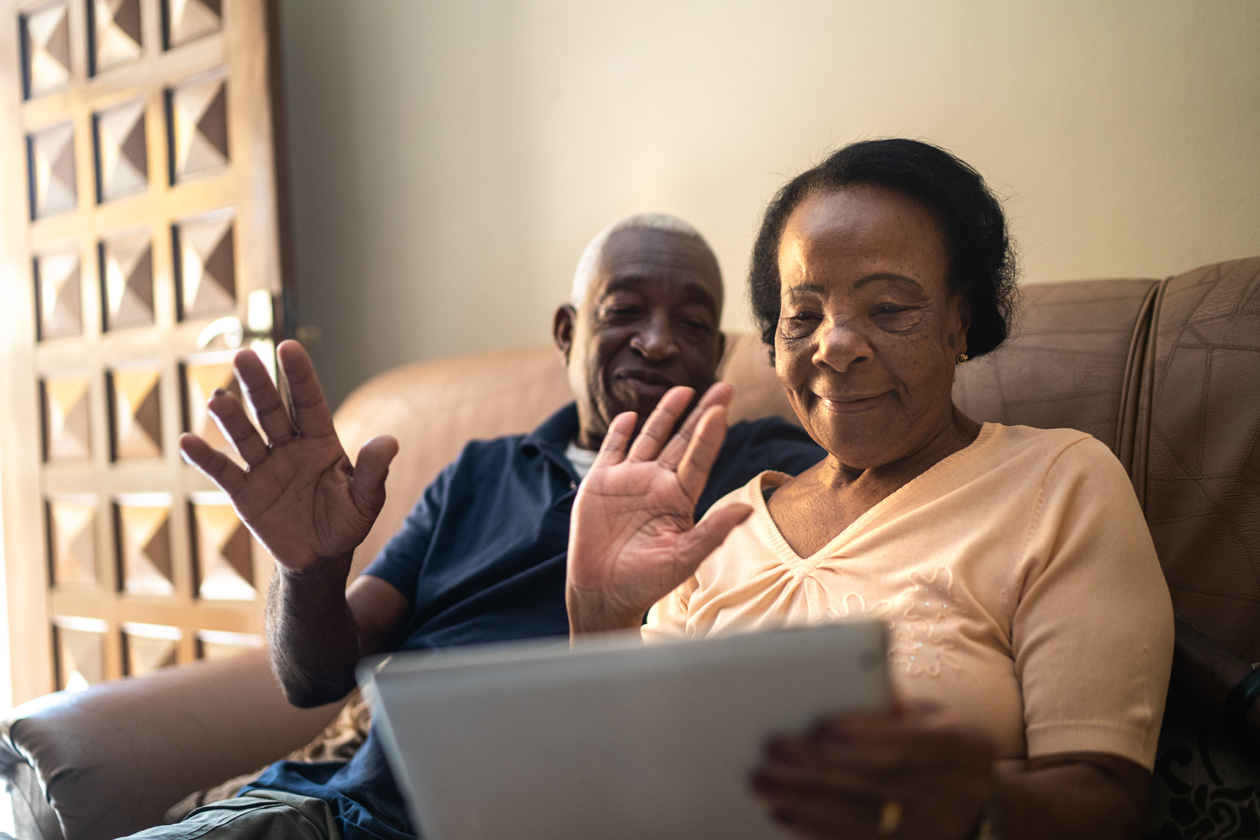 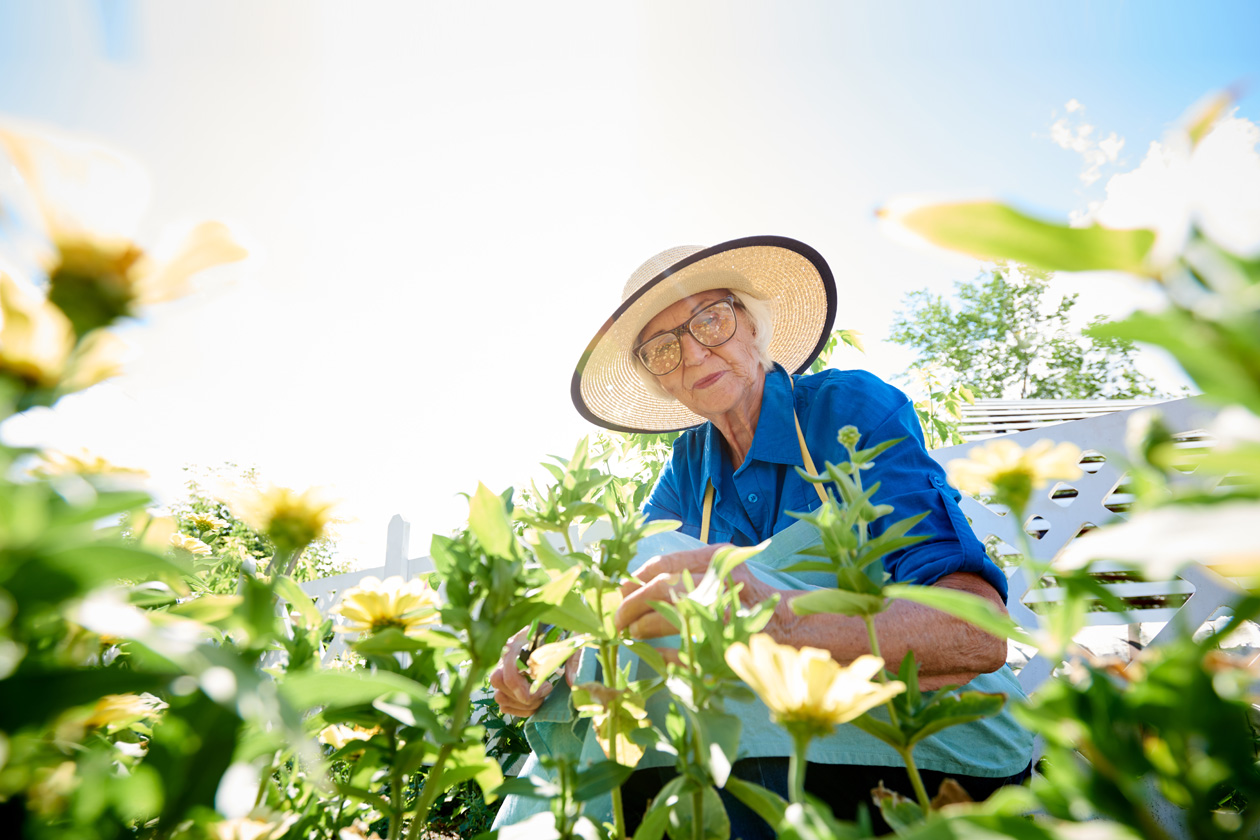 Stay Fit, Even When You're Stuck at Home 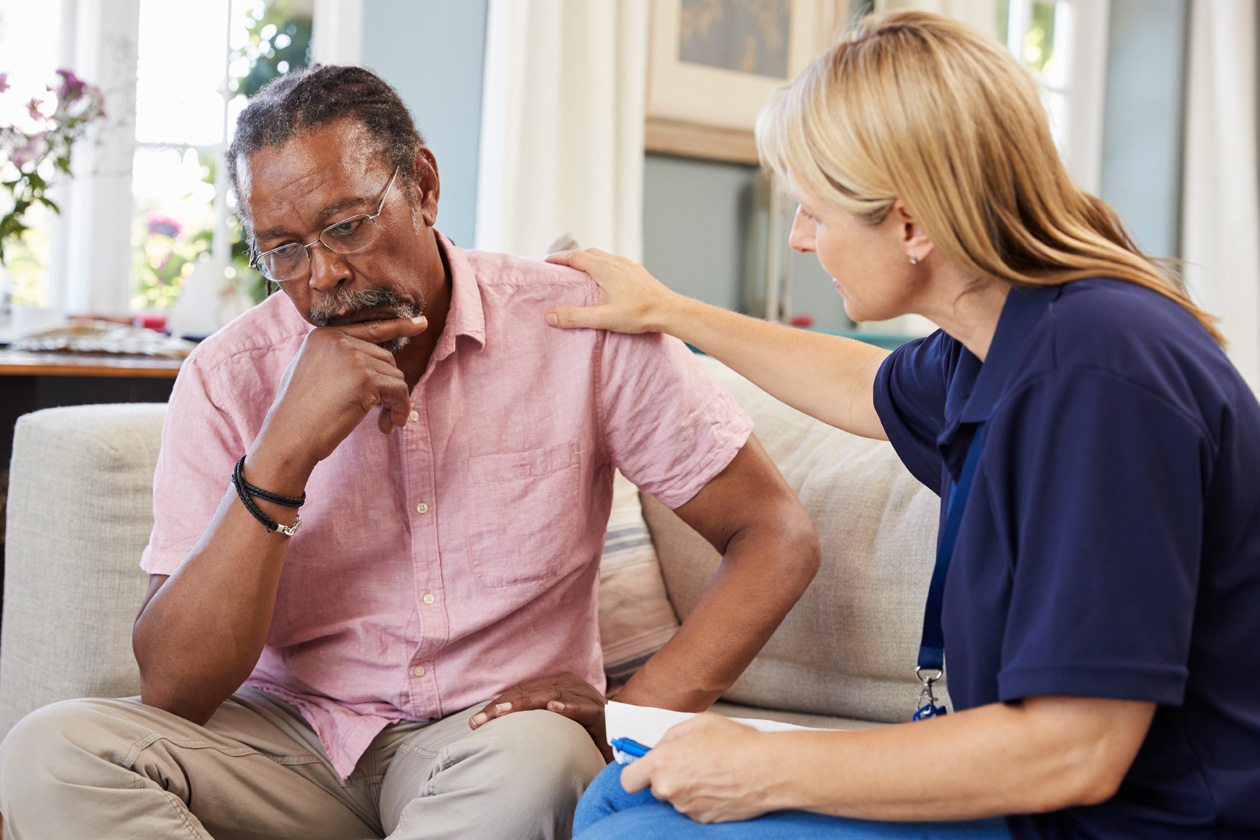 Posted: Sep 6, 2018
Just like you, your health is one of a kind. What works for one person may not for another, so the information in these articles should not take the place of an expert opinion. Before making significant lifestyle or diet changes, please consult your primary care physician or nutritionist. Your doctor will know your own health best.