How Your Income and IRMAA Affect Your Medicare Premiums

April 29, 2020
Depending on certain factors, you may pay a different Medicare Part B or D premium. One of these is the Medicare IRMAA, which is based on your annual income.

Want to learn about Medicare's IRMAA and how it can affect your Part B and D premiums?

If you’re enrolled in Original Medicare, you likely have Medicare Part B, which covers services like doctors’ visits, ambulance services, and physical therapy. It can also cover things like durable medical equipment, as well as your preventative and screening services. Unlike Medicare Part A, you’ll also likely be paying a monthly premium, though this may simply come out of your Social Security check. Sometimes, you may notice that your Part B premium can vary from year to year. We’ve covered a few of those factors, including Medicare penalties and the Social Security Cost-of-Living-Adjustment. But, depending on your income, what you pay for Medicare Parts A and D can change!

What Exactly is IRMAA?

The variance in monthly premiums for Medicare Part B and D is called the Income-Related Monthly Adjustment Amount, or IRMAA for short. The name is a pretty straightforward explanation of what it is — an adjustment to your monthly premiums based on your income. The amount of the adjustment is based on which tier you fall into. The way you can tell which tier you’re in depends on both your annual income and how you file your taxes. For example, if you file your taxes individually, the income threshold is different than if you filed a joint tax return. To determine your annual income, Social Security looks at your tax returns from two years prior. Based on this income, you’ll then be expected to pay a larger portion of the total coverage cost, which is how you get the IRMAA. Check out the next section to see this year’s tiering information for both Medicare Part B and Medicare Part D.

There’s a slight difference to how the adjustment is handled by the different parts of Medicare. For Medicare Part B, you’ll get a straightforward monthly premium, since the premiums are controlled by the Centers for Medicare & Medicaid Services (CMS). This number may change, though, due to other Medicare Part B penalties and other factors. Unlike Part B, we can’t give you a general monthly premium for each year, since Part D plans are offered by private insurance companies. Instead, there is an adjustment figure that must be added onto your plan’s regular Part D monthly premium.

What are the IRMAA Tiers?

Depending on your income, you can pay anywhere from a standard Part B premium up to $347.00 more a month. With Part D, you may pay up to $76.00 more each month. For both Part B and D, the tiers are the same. Check out the tiers and adjustments below!

Am I Likely to Be Affected?

So, when you see that you may pay more based on your income or the adjustment amounts, you may start to worry. You’re on Medicare because it’s supposed to be an affordable health insurance option. Don’t worry! Most seniors will not fall into the higher tiers. For seniors 65 to 69, the median income is $54,129 and the average is $79,772, with those numbers dropping roughly $10,000 from 70 to 74 and 75 and older. Depending on who you ask, these numbers are even lower. For example, the Pension Rights Center states the average is closer to $25,000 for half of seniors age 65 and older.

What this means for the average Medicare enrollee who is retired or on a fixed income is that you’ll likely only pay the standard Part B premium or your Part D plan’s premium (excluding any penalties or other factors). Generally, the only people that will see IRMAA on their premiums will be people who make roughly 38 percent or 71 percent more than the median or average enrollee (depending on which figure you use). Even then, the adjustment will only be between $12.20 to $57.80 more a month.

While nobody ever wants to pay more for a service, CMS does a good job of trying to only affect people who are making enough to likely still be working or have a large enough income that they won’t be as greatly affected by the increase as lower-income enrollees.

Are Chiropractic Services Covered by Medicare?

What is a Medicare MAC? 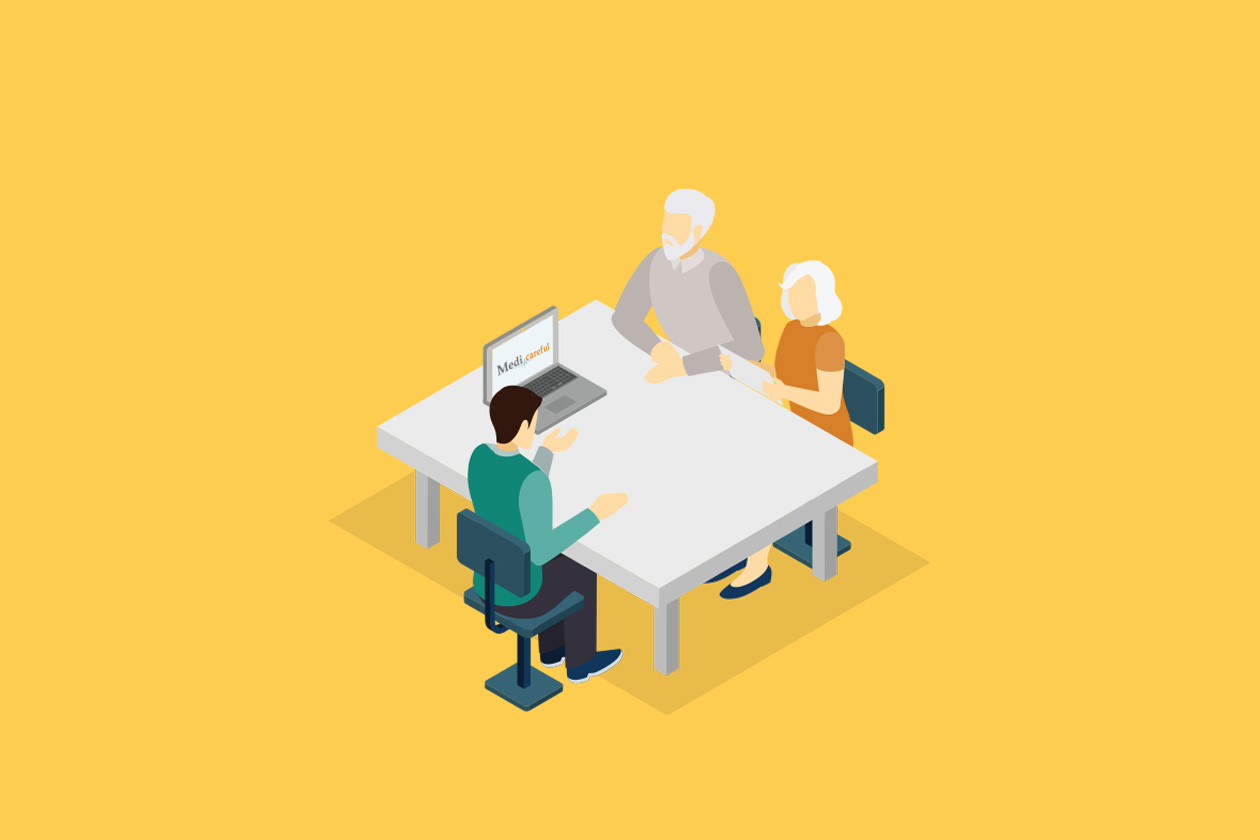 What You Should Know When Enrolling in Medicare

Are Chiropractic Services Covered by Medicare?

What is a Medicare MAC?

What You Should Know When Enrolling in Medicare

Posted: Jul 7, 2020
Just like you, your health is one of a kind. What works for one person may not for another, so the information in these articles should not take the place of an expert opinion. Before making significant lifestyle or diet changes, please consult your primary care physician or nutritionist. Your doctor will know your own health best.